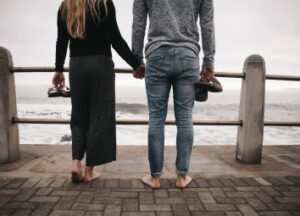 It’s happening much faster than I’d anticipated.  I expected they’d wait at least until the second or third week of July before defecating on us once again with their scientistic corona idiocies.  Looks like I was really wrong.  It’s started already, but most aren’t catching on.

This will be like March from here on… remember those heady days when every day was some new dictum from the scientism fiends of state?  Well, get ready my friends… they’re on the move once again.  This time, no toilet paper panic to tie all of it together… just raw, “fear the microbe” crap.  Although, I would expect that the theme this time will be directly tied to food shortages… shortages have already sprung up, but they’ve so far been able to side-step it with recalls because of “probable” tainted items.  [Please take note of the “There have been no confirmed reports of adverse reactions due to consumption of these products.”  Nearly 43,000 pounds, they say, gets dumped, but no reports of sickness??]  Find the “waldo” in this report on salad <<here>>.

No amount of actual, real data will dissuade the folks on the street that this isn’t exactly what the fear-porn media and state “leaders” say it is.  There’s nothing else to say at this point as far as the idiocy goes… every possible aspect of this nonsense has been vetted and still the folks believe the lies.  It’s sheer, absolute madness.

So… next will be the DNA/RNA vaccines (be aware they may change the name of them).  These will genetically modify humans, so my advice is to not take it under any circumstances.  The question to ask, by the way, is that if Person A takes the vaccine, how is Person B, who does not take the vaccine, going to hurt or infect Person A?  Again, everyone being forced/coerced into taking something is utter, illogical madness… unless, there’s another hidden agenda behind it.

The storm is upon us and the storm surge is going to be significant, folks.  Hold hands, repent and trust Jesus Christ and Him Crucified, and may you be found worthy to escape God’s Wrath to come.