Dangerous Not What It Seems Thoughts Time to Think... 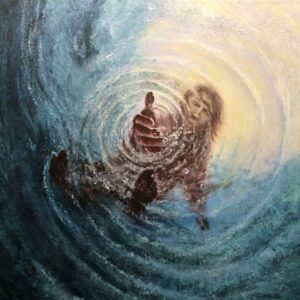 It’s becoming increasing and exponentially more evident that the “disease” is a catalyst for clearing the decks of any pretense that the vast majority of souls on the earth are anything but chattel property of an elite cabal of evil.

If anyone reads this blog now or in the short future ahead, perhaps it will make things a bit clearer in your mind.  Evil is real and it is here and working all systems together.  The problem has sadly been that most folks never see the forest for the trees.  It’s been an endemic, hundred year, slow boil process on training people to focus on situations instead of the whole.  Much like a magician’s redirection to get you to focus on the hand with nothing in it, while he puts the foam ball in his pocket.  Except the trick is to not get you to think a trick is happening at all.

When you see all the pieces, or at least most pieces, and connect them – you see patterns that make sense.  While “Rome burned” in 2020, 5G installation moved speedily forward without any delays.  Some people noticed, took videos and asked questions which were never answered.  Why, though?  Why 5G?  It’s just for phones and Net 2.0 right?

Partially… but you have to learn about connecting things that seem unconnected at first glance.  Just one connection that’s intriguing is the state-sponsored coercion to get an obviously dangerous substance injected into a mass of humans.  Evidence points to something amiss in the jab’s vials.  What’s graphene doing in there?  What is graphene?  What are the properties of graphene?  What are, what appear to be, “unknown” life forms doing in these vials?

Are they related?  Connected?  To what end?

Take a look at the CV19 tab on this site to discover some things for yourself.  You’re not geared to think in these terms of what seem to be crazy… it’s because you aren’t geared to think in dark, evil terms.  But the connections between these and much more are all there.  Fit them together and you will be able to make sense of what right now appears to you as insane and nonsensical.

And know this… that God is real… that His Son, Jesus, Yehushua, died terribly in a crucifixion meant for you because of your rebellion and sin against Him… that He rose from the dead on the third day defeating death and giving you eternal life if you believe He is and did these things because He loves you even unto death on a Cross.  Believe these things, my dear reader, because likely if you are reading this, things have been even more cruelly bizarre and evil than my example above.  Evil is real.  But so is Love… choose Love and you won’t regret it – you won’t be put to shame.  And I hope to meet you in person and physically where Love dwells – a real place called God’s Kingdom – Heaven.