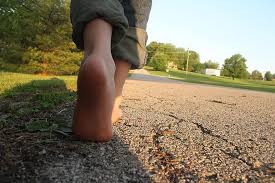 Greetings once again… and apologies for the interim pause. It’s sixteen days out from Christmas and essentially a year has gone by – hard to believe – since the beginnings of the ‘great reset’ event began in far-off China. We’ve even had banana-republic take-down attempts of legitimate government by thugs (albeit Brooks Brother suit wearing ones).

As we can all attest, strange times abound and have infected every crevice. Personally, for the past several months, I have been trying to determine where to go from here. Maybe you have too. It’s one thing to recognize what’s happening around you, it’s a bit different to take action when you know that the action needed is almost a non-sequitur – like Monty Python’s, “And Now for Something Completely Different.” The next skit having nothing in common to what you’ve looked at before.

It’s not an easy thing to shift to alternate realities, especially when much of it still looks like the other. But if the movement of feet is a true indicator of belief – which I am certain it is – then the shift in societies the world-over has revealed to us that our brains need to shift accordingly. Whether beliefs now are different or just evolved from the morass of muck they were before all this, is moot.

What matters now are the decisions to be made with what’s happening ‘on the ground.’

I made about a seven minute video the other day which I uploaded to Bitchute that is my first salvo into the fray. It’s important to identify the ground you’re standing on before making decisions and although not a perfect understanding, hopefully, it’s enough to get the ball rolling.

As I wrote back on April 9th, (To Serve Man…), my main interest continues to lie only in helping people survive with dignity and wisdom through everyday life.  So let’s figure it out, eh?

Thank you to everyone of you who have made comments on the articles and bookmarked this site. It’s been encouraging. Talk to you shortly…

Our next door neighbor died this morning. As the medical staff poured into the house, we watched and prayed.  A moment of