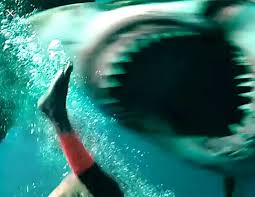 … one by one.  The Marlena Pavlov-Hackney story is another story of courage to stand for liberty – which, according to the “lost document of the American Revolution” the Declaration of Independence – is an un-alien-able right given by our Creator.  Regardless of where you stand on the debacle that is this “disease thing” no where is it justified to hold people in shackles and prison without meaningful due process.  That means that the evidence of an actual crime must be presented by the government prosecutors and the measures used against you must be commensurate with the crime.

People are now being picked off for earning a living that hurts no one.  The government has presented no evidence whatsoever that an open Marlena’s Bistro and Pizza in Holland, Michigan is a menace and a high crime.  None.  Yet she was taken in foot shackles and high-risk handcuffs to spend at least 93 days in jail.  At what point do people become political prisoners?

Will you be next?  Liberty once lost, said John Adams, is lost forever.