Marching To The Sea… 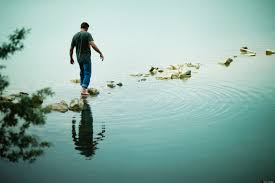 In India, in 1930, Mahatma Gandhi and about eighty men began a roughly 250 mile march to the sea.  Their goal was to make salt.  Making salt was a direct violation of the Salt Act, which stated that only British nationals could do so.  After twenty-four days, they reached their destination having swelled to about 12,000 marchers.

And they made salt.

To have authority, governments must have the consent of the governed.  Making salt was the symbol of that truth for the Indian people.  The march resulted in the arrest of 60,000 people, but it galvanized a disparate nation into an active, cohesive whole.  It woke everyone up to the simple fact that the government they were under only had intimidation, coercion and violence to work with.  Seventeen years later, they declared independence from Britain.

Now is the time for our own March to the Sea.  It is high-time to ignore our government that is no longer for the people and by the people… and to NON-VIOLENTLY protest.  Violence is for bullies.  Ignoring bullies is the best way to overcome them.  They will swing and punch, but they cannot keep it up forever.  If all you have to work with is violence, you’re the weakest player on the board.

What is our Salt Act?  What could bring our disparate nation together?  What tangible symbol, like salt, can we run through our fingers that will galvanize and unite against tyranny?

Let’s find that unifying symbol and begin walking.  Time has nearly run out.

… one by one.  The Marlena Pavlov-Hackney story is another story of courage to stand for liberty – which,