Lots to Talk About… 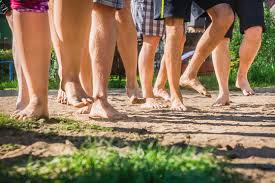 There are so many things to write about in a day.  Lots of feet in lots of fires.  It’s overwhelming sometimes.  I must admit that it’s like a circuit overload happens and the breaker snaps and you don’t write anything.

My purpose has always been to be relevant.  I’m tired of all the talk-talk-talk without any importance in making, or help given to make, actual decisions – to act wisely upon the information talked about.  Not only for making decisions in current situations, but a help in an over-all knowledge and understanding that supports an increase in the ability to think skillfully in all life situations current and future.

One of the main real issues in the lazy enjoyment of always talking about things incessantly is that it’s simply easier.  Letting people entertain us through talking points gives us the emotional satisfaction that we have accomplished something without having had to do a whole lot.  Agreeing with a voice-over and an image of something active – like a congressional hearing or a guy wearing a knit cap and yelling into a megaphone – triggers our “ah” response.  We’ve got that settled, we internally dialogue, who’s on next?

There is certainly a place for listening and gathering information from people who have done a bit more than we are willing to do.  I’m not going to go interview a senator or cultivate moles in the corporate hierarchy, so I appreciate and critically listen to those who do.  And if that’s all we did in the talk-realm, then fine.  But it’s a never-ending rollercoaster ride of talk and ah’s.  No real thinking takes place.  And we must think about things to know what it is we are even listening to and where we need to move in order to use the information.

The term used is “dumbing-down.”  I’m not sure anymore it’s an ongoing process.  It seems more like a finished one.  There is no heart left in the general population to think and act.  Someone else will do it for them.  And I’m not inferring a mockery of this dumbing-down like in the movie WALL-E, where every one is grossly fat and sitting in high-tech moving chairs.  No, it’s always more subtle than that.  Folks move about… they head to doctors and pharmacies and nail salons.  They go to work (if they still have a job) and eat dinner and go to bed after listening to the professional propagandists on their HD big screens.  But nothing happens.  No thinking.  No time even for such an arcane task.  And… so… the tyranny increases like a bubbles in an ever-increasing pot set on boil… until it’s far, far too late to do anything about it.

We are at that end point even as I write this.  Something could still be done, but the resources required are not present.  Think about history for a moment.  Even during an American Revolution – you know George Washington crossing the Delaware and all that – when the literacy rate was in the 90+ percentile and people thought about things, had strongly held principles… even then… it was difficult to gather enough and keep them together long enough to finish the most important war of their collective lives.  Now?  Fogetaboutit.

Thinking and acting to keep them is absolutely and fundamentally required.

Our next door neighbor died this morning. As the medical staff poured into the house, we watched and prayed.  A moment of